How to Get Rid of Ants? 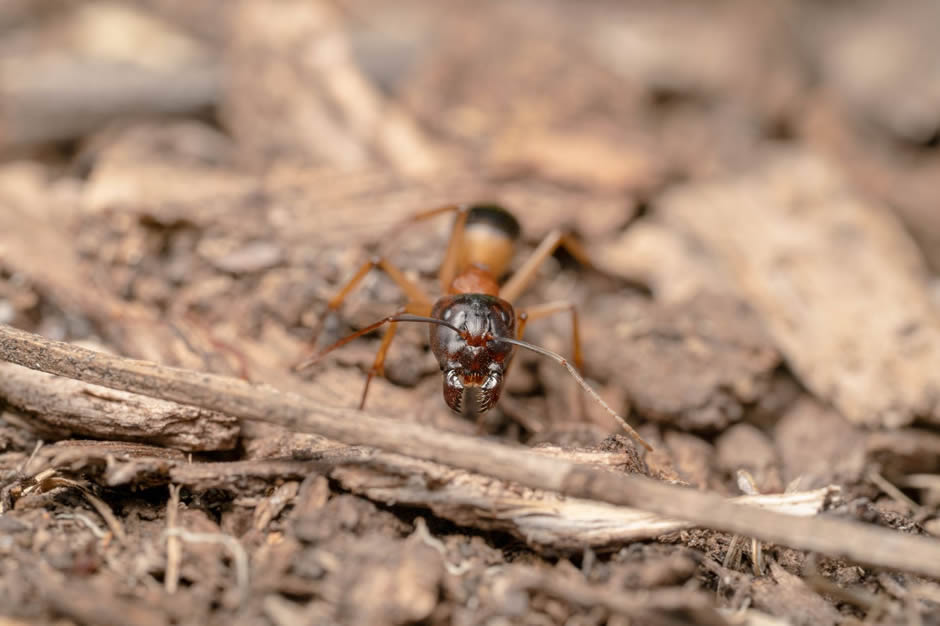 You’re in the kitchen and you see one ant making its way across the counter, most people would think nothing of this and that's where they’re wrong. This is in fact a scout for hundreds if not thousands of its best friends which are most likely to be very nearby. To get rid of ants the following measures are a good place to start -

The lifespan of an ant colony is fairly dependent on the colony’s queen, however an individual ant can live up to a year. Once they have located a good food and moisture source a colony could be in for the long haul if left unattended could grow to a large scale.

Are ants dangerous to humans?

The answer here is no, there are 40 different species of ant found around New Zealand but only a limited few are actually considered as pests. The following species are the ones you’re likely to see in your home and should be removed as they can often cause issues with the country's biodiversity.

This species is a problem worldwide because they are not only aggressive and territorial they also have huge appetites that cause issues with a countries' biodiversity. If this wasn’t bad enough, unlike other ants, they also have the ability to cooperate among nests allowing them to build what would essentially be a super colony. The only species in New Zealand which have the ability to bite and will do when provoked, however they are not poisonous instead leaving more of an itchy bump. As mentioned previously, Argentine Ants have a rather large appetite, often feeding on native invertebrates that many indigenous species depend on.

Considering their name, you’re likely to see these guys most regularly in your home specifically in the kitchen area. They are scavenger ants looking for any leftovers and garbage that they can easily access, although not directly dangerous to humans they can spread salmonella due to their interest in dog excrement.

Similar to the Argentine Ant, the Fire Ant is considered a major agricultural and urban pest as they destroy crops and invade residential areas. They build nest mounds that can be up to 40cm high, or use objects found on the ground such as logs. If these nests are disturbed these ants can become aggressive and will inflict a painful sting that leaves a red pus filled blister.

Did you know: Although being so small, a single ant can carry an object up to 50 times its own bodyweight. When needed, they can also work as a team to move much larger heavier objects!

Why do ants come inside?

These little pests are incredibly smart, working in teams aspart of a larger colony where each ant has a set task that they need to carryout. For the majority, this tends to involve leaving the nest and going out to forage for food and moisture. This means if they catch the scent of uncovered leftover food or un-cleaned preparation surfaces they will be attracted to follow that which will lead them indoors.

The problem here is that the scout/forager ants, while on their journey, will leave a scent trail of its own that can be followed by its friends to be able to find the food and then find their way back to the nest.

How to prevent Ants from coming inside?

These pests are clearly tiny with the added ability to walk up walls and along ceilings, meaning they will very easily find a way into your home if they have a reason to. Follow the below steps to prevent an infestation from starting -

A clean home is a happy home - vacuum the house regularly this helps to keep crumbs and food particles off of the ground. If you have hardwood or laminate flooring it would be beneficial to use a floor cleaning product to clean up any spills or additional crumbs missed by the vacuum.

Stop the source - cover any leftover food in airtight containers, wipe down common area surfaces with a disinfectant cleaner and regularly empty the indoor garbage/food waste

Fill gaps and cracks - where possible try to fill any possible entry points, make sure windows and doors close tightly and seal any gaps or cracks.‍

How to kill ants?

If you have managed to identify the trails that they are using, an effective method is to place ant bait along these, ideally at the initial entry point to stop them from coming further into your home. Once the ant takes this back to the colony, they will deliver it to the queen which will kill her and therefore the entire colony. Never place bait where children or pets can reach them.

Also try ant sand, which can be purchased at most hardware or garden centres. Strategically place this outside of your home in areas that you know they are using to gain access to gaps, windowsills or doorways.

It’s worth noting that once threatened, colonies can relocate very quickly, not necessarily leaving your home but instead to another nearby location. If you suspect this, it might be time to try a more extreme measure, that being the use of a pest control bomb. Set these off before going on a weekend away but be sure to well ventilate your house upon returning.

Alternatively if you have exhausted your search for the colony and you feel you are fighting a losing battle, please get in touch with our team who would be happy to take the fight to them and assist in the removal of the pest from your home.